Welcome to our site! We have noticed that you are using Internet Explorer to visit us. You should be able to use this site, but for the best experience we recommend that you use another, more modern browser. Microsoft Edge, Google Chrome, Mozilla Firefox or Apple Safari should all work.

We use feedback to constantly improve our delivery and provide you with the best possible service.

Get updated about news, events and contributors experiences 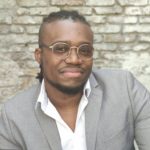 Date: November 3, 2021
Time: Public defence starting at 10:00.
Public attendance: Due to travel restrictions, my defence will take place fully online via MS Teams.
Microsoft teams link:  The link will be made available 24 hours before the defense, so this invite will be updated with the meeting link on Nov. 2nd.
Contact candidate: C.H.Lashley@tudelft.nl

Link to download the thesis: The influence of infragravity waves on overtopping at coastal structures with shallow foreshores

If interested, watch the below webinar that describes the main findings of this research and their implications (related part begins at time stamp 28:53).

Coastal communities across the globe are often protected by structures, such as seawalls, levees or dikes, which allow only a safe volume of water to pass over or “overtop” them due to wave action during storms. The area seaward of these structures is often characterised by shallow, gently sloping beds referred to as foreshore.
As storm waves propagate over the shallow foreshores, two notable processes occur. The first, is the attenuation of high-frequency waves that are collectively referred to as wind-sea and swell (SS), with periods less than 20 seconds. The limited water depth over the foreshore forces the SS waves to shoal and ultimately break. This shoaling and breaking, in turn, results in the second important process: the growth of infragravity (IG) waves, with periods in the order of minutes.
The methods used in current practice to estimate wave overtopping are able to accurately quantify the impact of SS waves. However, they tend to neglect the influence of IG waves, which are known to play a critical role in erosion and flooding along shallow coast lines. In light of this, this dissertation aimed to develop new methods to estimate the influence of IG waves on the safety of coastal defences with shallow foreshores against wave overtopping. This aim was ultimately achieved by using state-of-art numerical models, empirical methods and field measurements to develop a suite of tools, that together, provide a framework to accurately quantify the influence of IG waves on wave overtopping.
As data on shallow foreshores was limited, a numerical model (XBeach Non-hydrostatic) was first used to generate a large dataset of wave measurements at the toe of the structure for varying offshore, foreshore and structure slope conditions. The analysis, detailed in Chapter 2, revealed that the influence of IG waves increased for higher, directionally narrow-banded (long-crested) offshore waves; shallower foreshore water depths; milder foreshore slopes; and reduced vegetated cover. The combined effect of the different environmental parameters on the IG waves was then captured in an empirical model, which formed the base of the framework to follow.
For determining wave overtopping, the standard approach requires the use of a wave model (often a phase-averaged model like SWAN) to estimate wave parameters at the toe, which are then used as input to the well-known formulae of the EurOtop design manual. However, this approach largely neglects the impact of IG waves. In Chapter 3, this is rectified by augmenting the traditional approach with the empirical model developed in Chapter 2 to include the effects of the IG waves on the design parameters. Considering accuracy and computational demand, the modified approach proved superior when assessing wave overtopping at dikes with shallow foreshores. This approach formed the first sub-method to estimating wave overtopping in the overall framework.
Nevertheless, it is often difficult to obtain accurate estimates of wave parameters at the toe of structures with shallow foreshores. Chapter 4 offers a solution to this problem by proposing a new set of overtopping formulae that instead rely on deep-water wave parameters as input. This is done by revisiting the old but proven approach of Yoshimi Goda, now with additional data and new trend analysis techniques. The newly-derived formulae proved accurate and can be considered an alternative to the current standard (Chapter 3). Particularly, for dikes and seawalls with very and extremely shallow foreshores, where IG waves tend to dominate. This approach formed the second sub-method to estimating wave overtopping in the overall framework.
Finally, in order to estimate the impact of IG waves on safety, a probabilistic method (FORM) was introduced to the framework in Chapter 5. Using the first sub-method (Chapter 3), the probability of dike failure by wave overtopping with and without IG waves was determined for dikes along the shallow Dutch Wadden Sea coast. Including the IG waves resulted in 1.1 to 1.6 times higher failure probabilities for the Dutch Wadden Sea coast, suggesting that coastal safety may be overestimated when they are neglected. This was attributed to the influence of the IG waves on the wave period and, to a lesser extent, the wave height at the structure toe. Furthermore, the spatial variation in this effect observed for the Dutch Wadden Sea highlighted its dependence on local bathymetric and offshore forcing conditions—with IG waves having greater influence on the failure probability for cases with larger offshore waves and shallower water depths.
The general conclusion of the dissertation is that IG waves can have an important impact on safety. Moreover, findings indicate that the safety of existing coastal defences with shallow foreshores may be overestimated, since IG waves are largely neglected in the current practice for their design and assessment. For the case considered here (the Dutch Wadden Sea), the increase in required crest level due to the IG waves was around 2 dm with a cost in the order of M€1/per km. For shallower coastlines exposed to more energetic wave conditions, the influence of the IG waves and the corresponding safety costs are likely to be greater. This dissertation provides practitioners with a suite of tools to quantify to influence of IG waves on the safety of coastal defences with shallow foreshores against wave overtopping. Thereby, reducing the uncertainty in the overall impact of shallow foreshores and allowing dike managers to make more informed decisions when considering hazard mitigation strategies.

B2) Wave propagation over foreshores